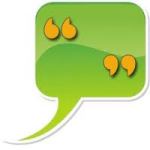 (59) An efficient horse-riding is only possible when both the horse and its rider are efficient. The efficiency of any single cannot bring the expected results. Same way, the soul is a rider and body the horse. Conclusion is that both soul and body must remain healthy. (Valibhai Musa)

(60) Prevention is better than cure. (A Saying)

(61) The slightest imbalance makes the body as well as soul sick. (Valibhai Musa)

(63) One hour’s contemplation is better than seventy years of adoration. (An Islamic Hadith)

(65) A customer is the most important visitor on our premises. He is not dependent on us, we are dependent on him. He is not an interruption of our work, he is the purpose of it. He is not an outsider to our business, he is a part of it. We are not doing him a favor by serving him, he is doing us a favor by giving us opportunity to do so. (Mahatma Gandhi)

(66) When you were born, you cried and the world rejoiced. Live your life such when you die, the world cries and you rejoice. (A Saying)

(67) Surely, from the Almighty God we come and to Him shall we return. (A Qur’anic Verse)

(69) If the other person injures you, you may forget the injury; but if you injure him, you will always remember. (Khalil Gibran)

(70) Everybody is willing to go to Heaven, but nobody is prepared to die. (Valibhai Musa)

(71) The world is weary of hate. We see the fatigue overcoming the Western nations. We see that this song of hate has not benefited humanity. Let it be the privilege of India to turn a new leaf and set a lesson to the world.” (Mahatma Gandhi)

(73) A true Believer cannot hurt anybody using own hand or tongue. To write an unfair letter to hurt the feelings of the addressee is the double sin. While using this weapon of unfair writing, the writer uses his hand and tongue also. The tongue in the sense that the reader while reading feels that he is hearing the speech of the writer. (Peer Mashayakh Rehmatullah)

(74) Electronic and print material is like a speech and any imbalance, from the side of the orator or author, may bring man-made disasters to the world. (Valibhai Musa)

(75) Wherever any sensitive issue in the world arises, it becomes the prime and pious duty of media not to encourage the people towards violence. (Valibhai Musa)

(76) Just to prevent the mass violence, it should be noted that the actions of an individual or a small group do not necessarily represent the beliefs of a particular religion, nor is that religion is responsible for such actions. The media’s labeling such unfair events as Islamic, Christian, Judaist or Hindus is incorrect. Media should try to discourage the mass mind going towards the path of violence and encourage them to be initiative to support the authorities to bring peace and order. The people should be counseled by highlighting the ideology that there is neither bravery nor sacrifice in destroying life or property for any cause of either offence or defense. (Valibhai Musa)

(77) My faith is as strong as ever. There is no hope for the aching world except through the narrow and straight path of Non-violence. Millions like me may fail to prove the truth in their lives; that would be their failure, never of the eternal law.” (Mahatma Gandhi)

Posted by Valibhai Musa on January 22, 2013 in Article, My quoted Quotes