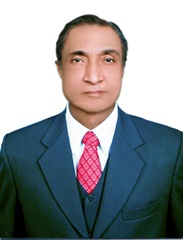 END_OF_DOCUMENT_TOKEN_TO_BE_REPLACED

Paying Respect to the Late Mr.’Sufi’

Click here to read in Gujarati
Some of my Readers inquired of non-appearance of any Articles on my blog since June 12, 2008. Being these days very busy in my business, I was silent in my blogging activity for some time. A friend of mine mailed me in hesitating words whether I am o.k. by health. The hidden tone of mail was to know whether I am alive. With the grace of God, I am here but ‘somebody’ is there in proximity of the Almighty Creator. The angel of death might have mistaken and in my place (because I am a high B.P. patient), our dearest personality – Honorable Mohmadali Parmar ‘Sufi’ – has been lifted from this mortal world to endless unseen world. A shining star named ‘Sufi’ crumbled down from the sky of the planet of blogging.

A devoted group of Gujarati bloggers, led by Mr. Vijaykumar Shah and his many other friends, is very active in Houston (USA) serving Gujarati language, its literature and its community. Mr. Sufi was one of them, a popular figure known to all, dear to all as an old hand man of 85 and the noblest of the nobles. His blog in Gujarati was titled as “Adhyatmik Kavyo’ i.e. Spiritual (Mystical) poems. My Readers may visit his blog – http://mohmadparmar.gujaratisahityasarita.org (which is still live, but alas! Mr. ‘Sufi’ is not alive) for the detailed information of his creations as well as his life.

My Readers will be surprised to know that the Late Janab Mohmadali Parmar and I happened to know each other only before three months to his demise through our blogging and a very little communication by e-mails. My photograph was already there on my home page and he would have seen me, but it was my hard luck that I could see his face only when his son – Mr. Siraj announced the Late’s celebration of life arranged at Houston with his photograph. A proverbial slogan is very popular that a man is known by the company he keeps. In case of our relationship, I could know him through his poetry. Now, it would be appropriate if I say that a poet is known by the poetry he writes.

While mentioning our brief acquaintance, I remember a poem written by the renowned poet Ben Johnson on comparison of a tree of oak and a flower of lily. Oak lives for about 300 years, but life of a lily is hardly a day. The central idea of the poem is that how long we live does not matter, but how well we live is important. Here, it is the matter of proud for everybody who knows Mr. Sufi that he lived long and at the same time well also. In brief to say that his life can be measured by both years and good deeds.

When we refer his introductory and disclaimer page on his blog, we can see that he was really a ‘Sufi’ saint of the time. His words written in Gujarati are meant as “My poems are spiritual. They are aimed to the welfare of the people, to prevent them from falling down morally and to create the feelings of universal brotherhood into their minds and hearts.” He further explains that all the religions of the world are just like ladders to reach perfection. By the way, it is the matter of worth mention that I had put a comment of support for his some lines in my words as “Silence of good people encourages evil indirectly.” To be good is not enough. Good people should encourage others also to be good.

Summing up, let us pray to the Almighty God to rest the Late’s departed soul among those who enjoy the mercy and pleasure of Him.